Hi Jude! (And friends). I want to tell you about my trip to Mexico City.

Hi Jude! It's me - your friend Flat Stanley. I want to tell you all about my trip to Mexico City in March 2022.

I went with my friend Marissa, who loves Mexico City and has been there before. Mexico City is the capital of Mexico and the largest city in the country. In fact, it's one of the largest cities in the world! There are over 20 MILLION people who live there!

The city is over 7,000 feet above sea level, which means almost a mile and half. Yet it's also a valley, surrounded by beautiful mountains and jungle. It's one of the oldest cities on this continent and just one of two capitals founded by indigenous people.

Mexico City is full of beautiful art, delicious food, and the streets are full of trees and flowers. It's fun to just walk around but so much walking tired me out!

I got to go to museums and restaurants and see great architecture. 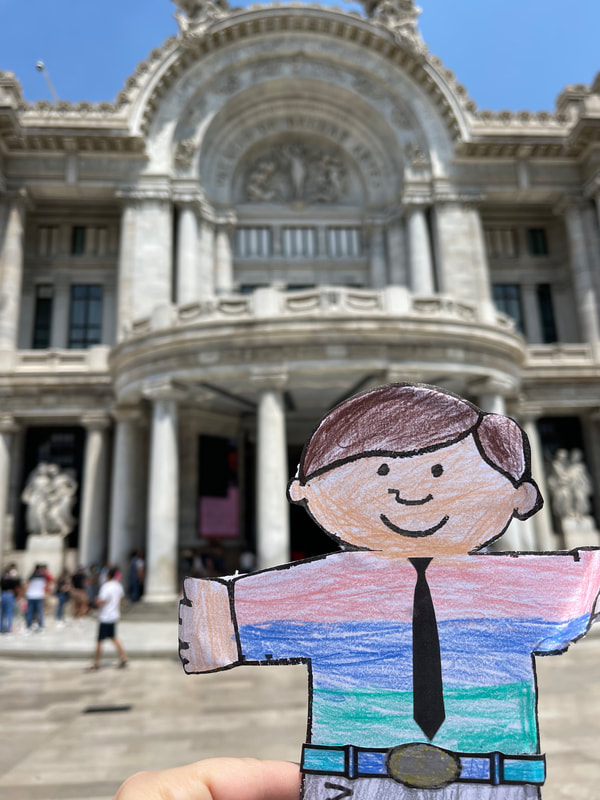 Here I am in front of The Palacio de Bellas Artes (that means the Palace of Fine Arts in English). Inside there was an exhibit on Indigenous art and I got to see very tall murals by famous Mexican artists like Diego Rivera and Jose Clemente Orozco. They were HUGE! 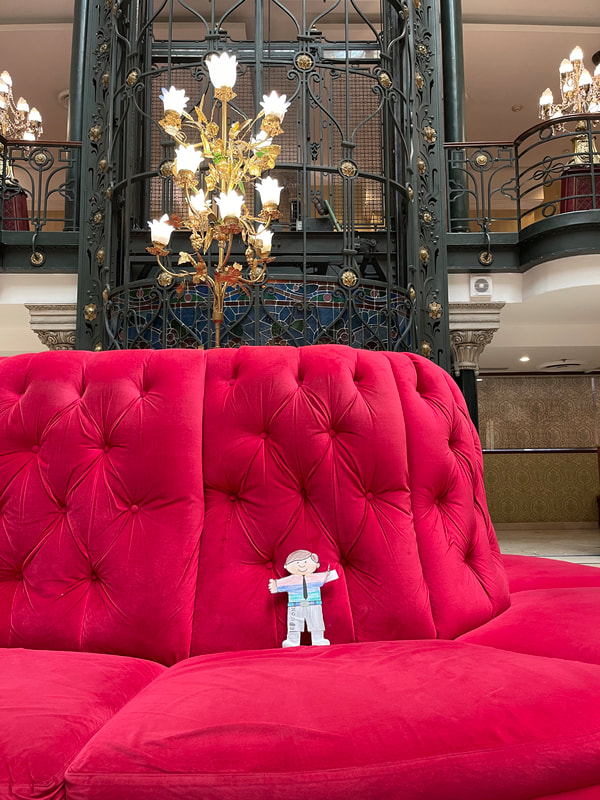 Later that day I walked to what's called the Zócalo. That's the main square in the center of the city. The National Palace (kind of like our White House) is there. There is also a famous archeological site nearby called Templo Mayor. It was the main temple of the Mexica people. Before I got there I also stopped into the Gran Hotel Ciudad de Mexico to see the stained glass ceiling. The building used to be a department store but it's hard to imagine shopping there! Here I am sitting on the chair in the lobby. And here is a picture of the ceiling: 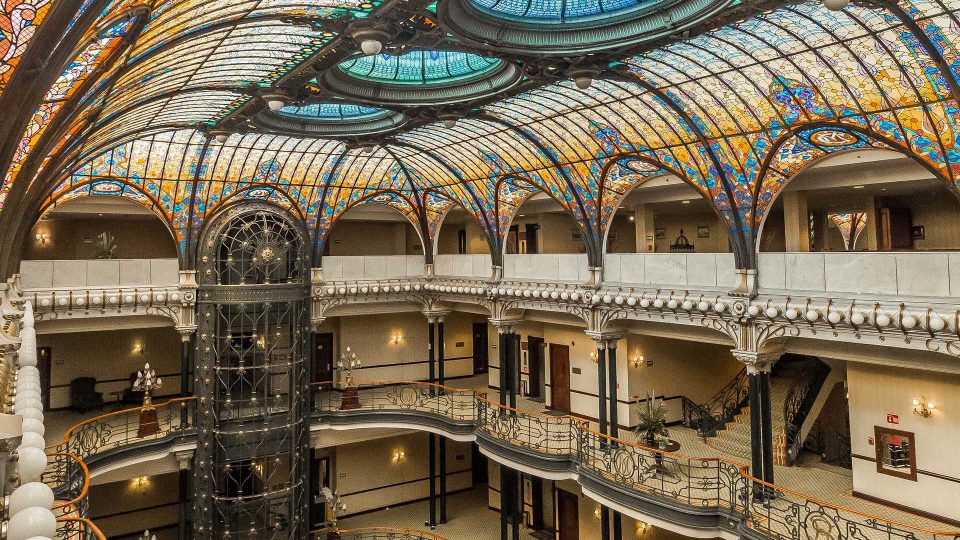 I also loved the food in Mexico City. Sometimes it's very spicy. Here I am at a restaurant called Fonda Fina. It had very good Mexican food and I liked the design. I also ate Japanese, Spanish, and Greek food while I was there. There are so many restaurants to try! 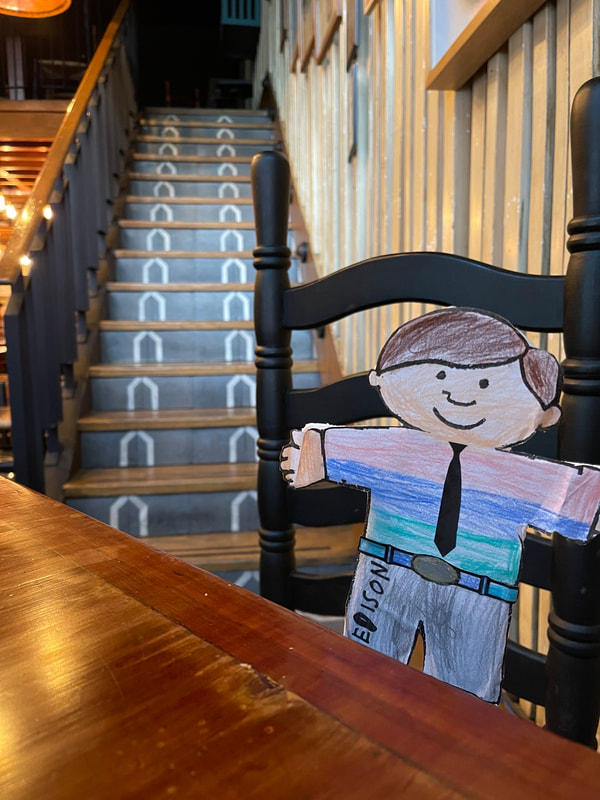 One the things I liked the most was seeing people's homes. I got to visit the house that artists Diego Rivera and Frida Kahlo lived in. Now it's a museum and anyone can visit. They also made art there. Even though they were married they lived in separate homes that were connected by a walkway on the roof! Frida lived in a very pretty blue house. 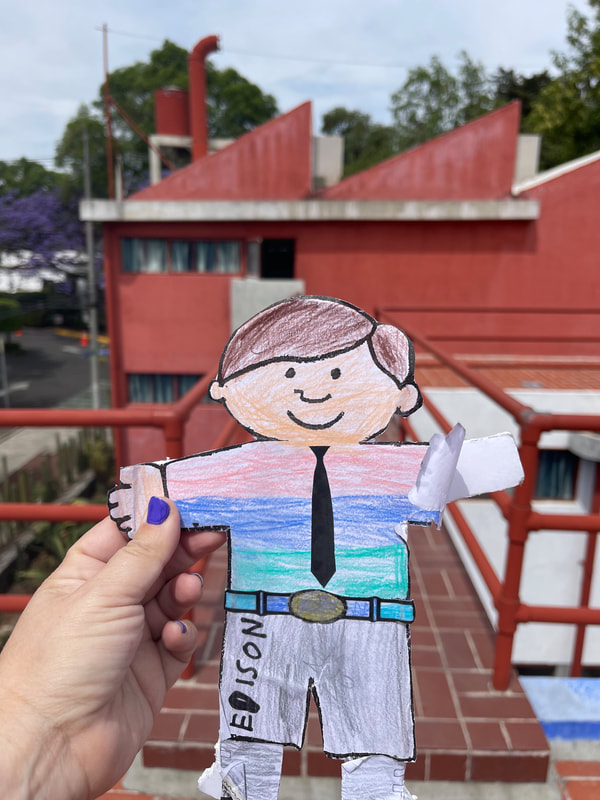 Here I am about to cross that walkway! And below is a pic of the pretty blue house that Frida lived in. 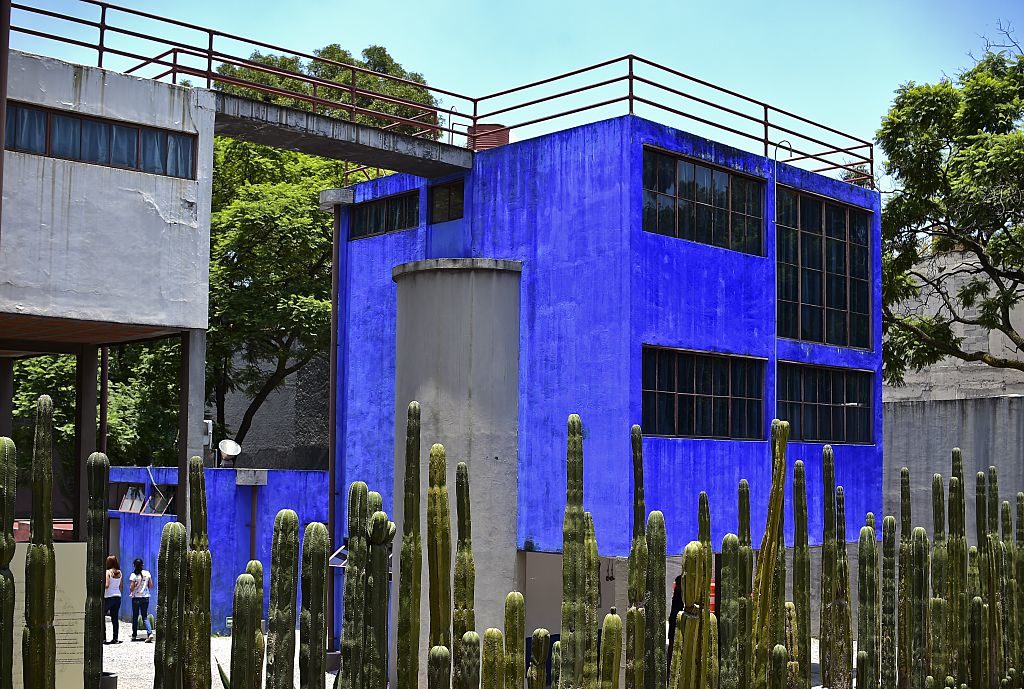 After I visited this house, I went to see another famous house called Casa Pedregal. It was designed by a Mexican architect named Luis Barragan. He built many famous houses in Mexico City but not all of them are still around today. This one was very large, and had TWO gardens! One was mostly grass and trees and the other one was made from LAVA! There was once a volcano nearby and the lava from it formed rocks in the neighborhood. The house is a pretty pink color. 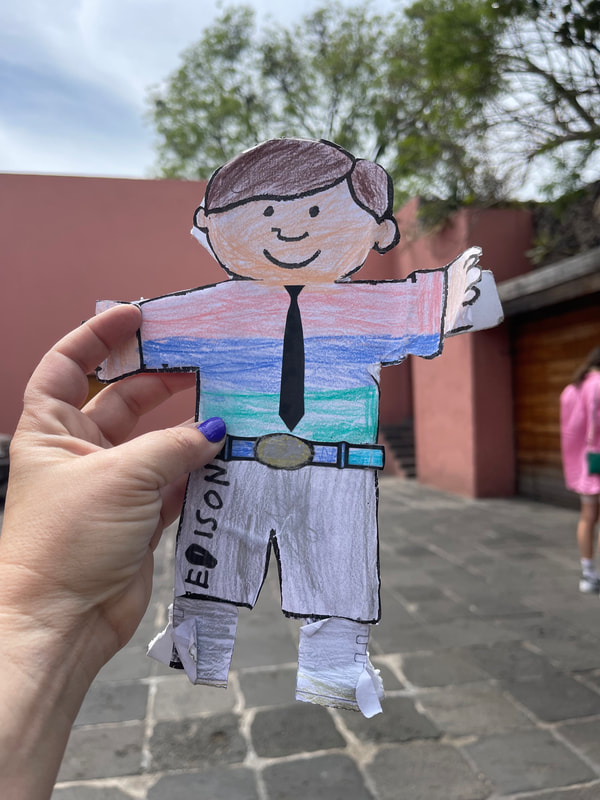 And here is the house with the lava garden. It is pretty but very dangerous. I didn't want to play in it! 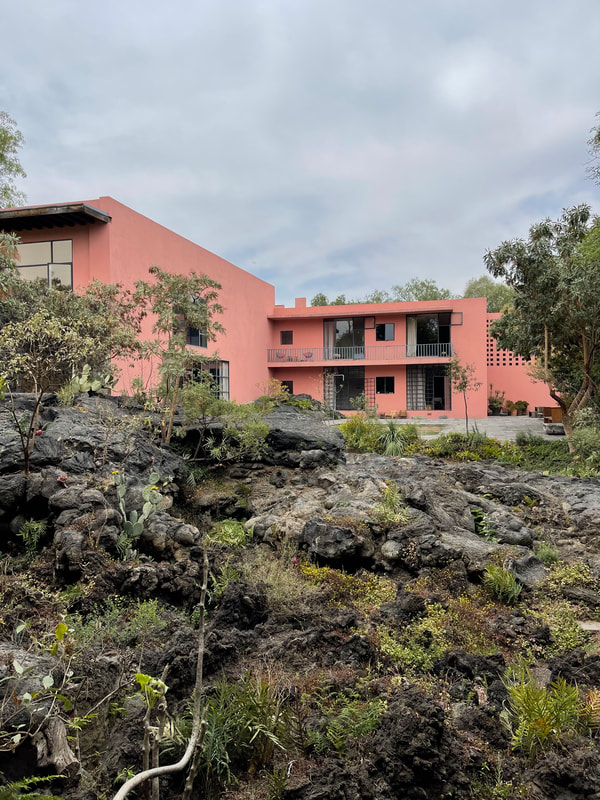 On my last day I got to visit one more house. It belongs to Marissa's friend Su. She has the prettiest hallway full of plants! As you can see, everything is very colorful in Mexico City. 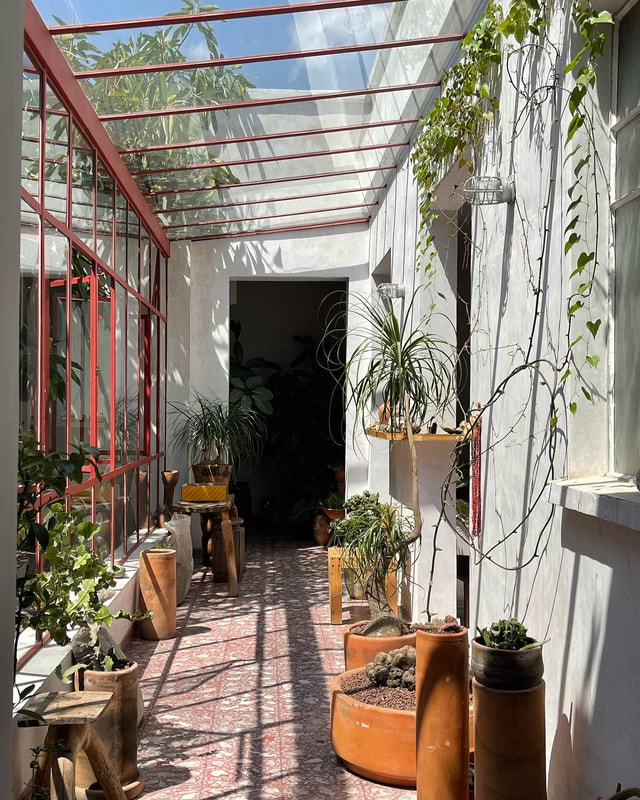 That was my trip. Hope you enjoyed seeing the places I visited! Thanks for learning more about Mexico City with me!